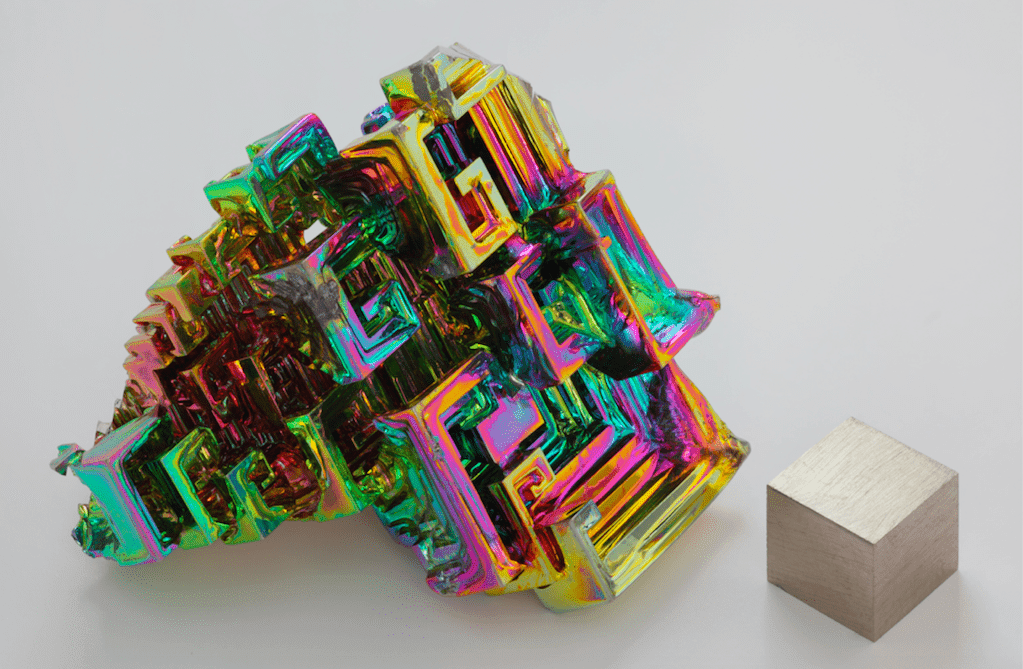 There are numerous metals in the periodic table but the most liked metal by everyone is Bismuth metal. Bismuth metal is the most colorful metal in the world. There are many other unique properties of this metal that we will discuss in this post.

How Bismuth Get Its Color : –
In pure form it is silver pink in color but The variations in the thickness of the oxide layer that forms on the surface of the crystal cause different wavelengths of light to interfere upon reflection, thus displaying a rainbow of colors. Melting point of Bismuth is 271 degree Celsius so we can make beautiful crystal  at home. Its crystals looks like colorful buildings.
Interesting Fact About Bismuth : – 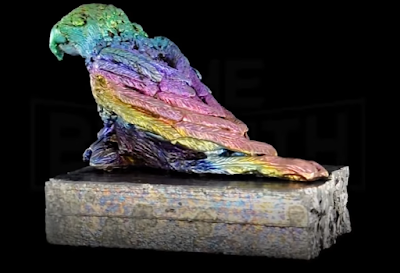 1. Compounds of bismuth are used as catalysts in the manufacturing of synthetic fiber and rubber.
2. Bismuth alloys with can be used in fire detectors and extinguishers.
3. Bismuth can be used to make sculptures, handcrafts and many other things.
4. Bismanol, an alloy of bismuth and manganese, is a permanent magnet of high coercive force . It was used in small motors.
5. The bismuth metal is used as replacement for lead in shot and bullets.
6. Bismuth can also be used in nuclear reactors and to make transuranium elements using a process called cold fusion. 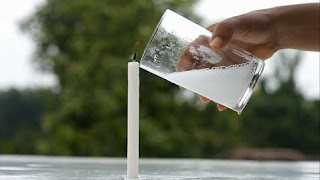 How to Make Fire Extinguisher at Home Easy Experiment 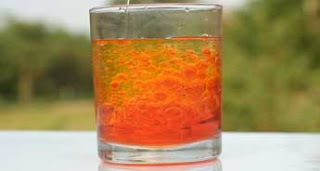 Awesome Water Experiments That Anyone Can Do At Home